For the renovation of a dated brick pumping station in in the Netherlands, the Dutch architectural firm derksen|windt architecten added a semi-transparent and eye-catching layer to the building. The perforated aluminium facade creates an amalgamation of the building and the adjacent square. Two separate worlds become one where the surroundings and the pumping station acquire a contemporary and attractive character.

The starting point for the architects was to make the building stand firmly in its surroundings and thereby make the renovation have a positive impact to the feel of the neighbourhood. To expand the brick pumping station into the area to ensure that the building will bond with its environment and let it be more than a single, later located, functional block.

The semi - transparent layer which creates the fusion between the building and the square is a perforated aluminium fencing for which an optimal ratio is sought between material and openness. The facade of panels with circular perforations can in one instance be a beautiful facade in its own right and a transparent view through to the underlying building in the next. Sometimes the form and line of the fencing determine the image, sometimes the building, the environment or the square do. Because of this positive tension and the difference in experience the design becomes more than a fence or a pumping station. It becomes a fusion of the three elements (building, square and fence).

To create a good, more safe and interesting atmosphere in the evening and night, beautiful lighting is incorporated into the design. A well dosed light shines from behind the semi-transparent panels. 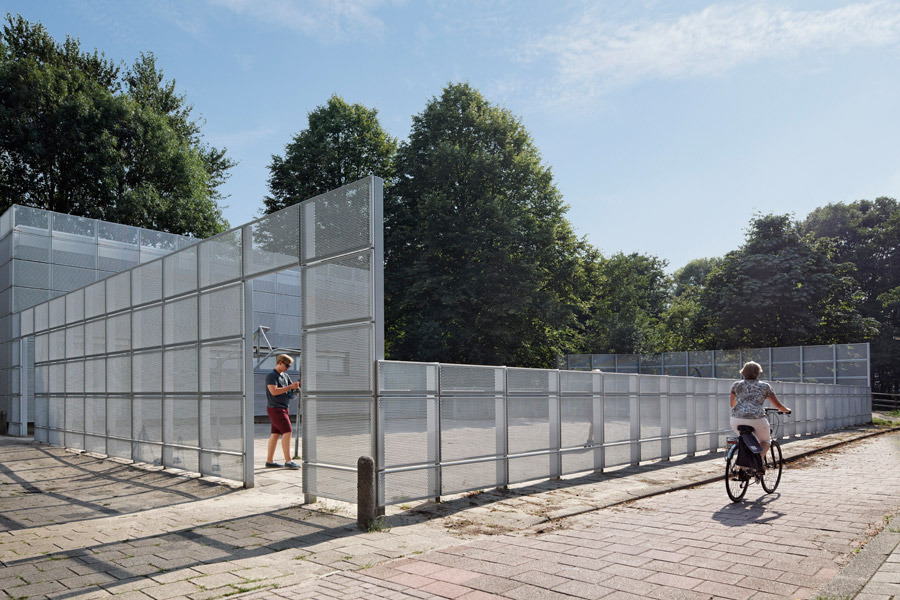 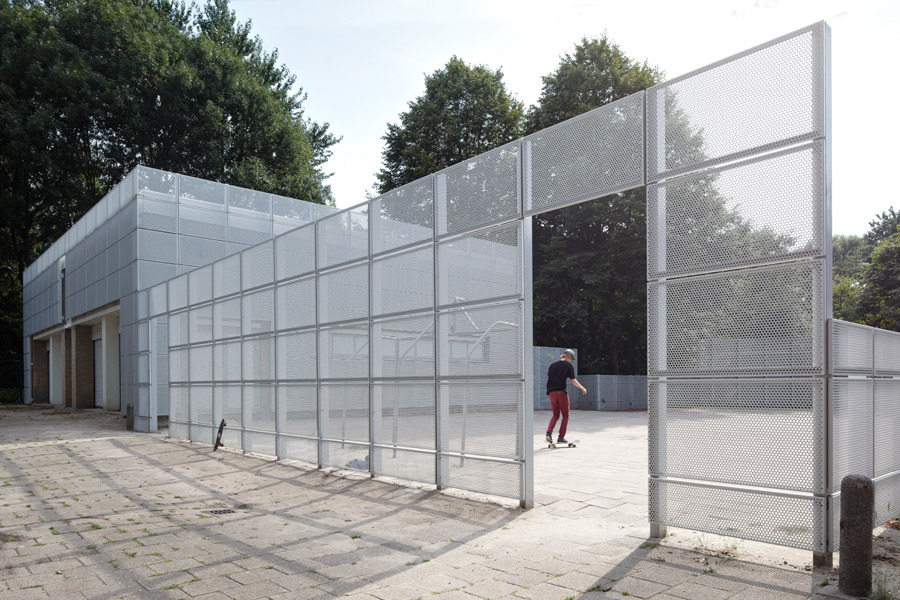 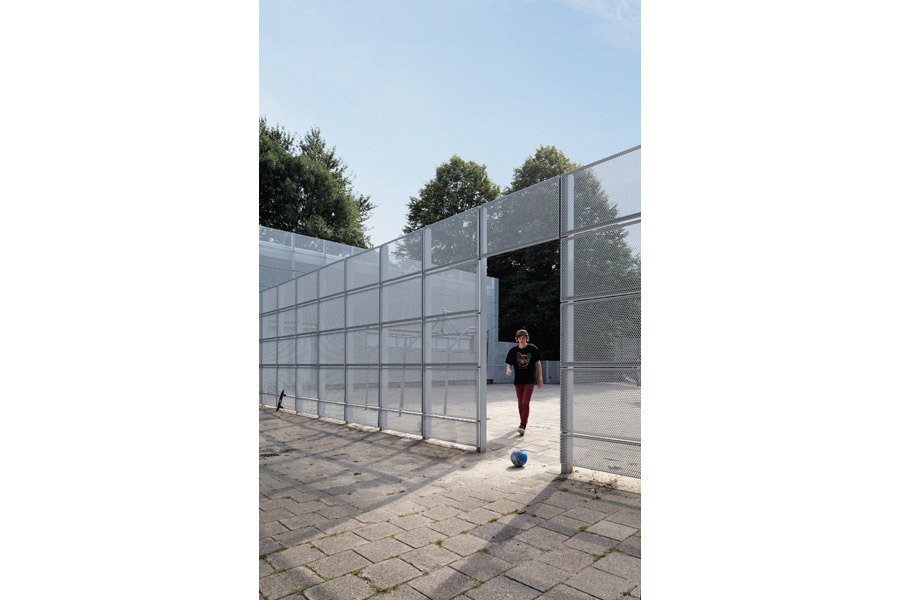 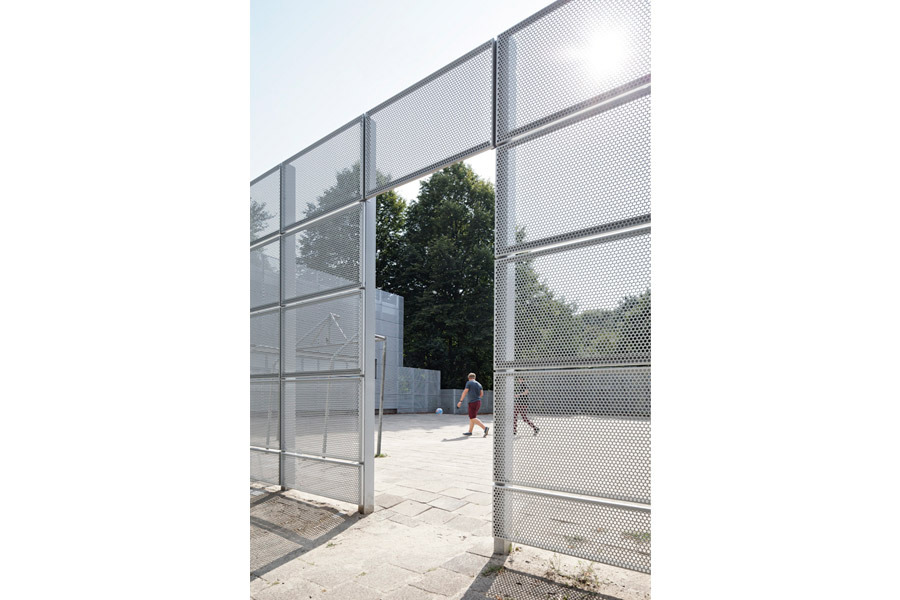 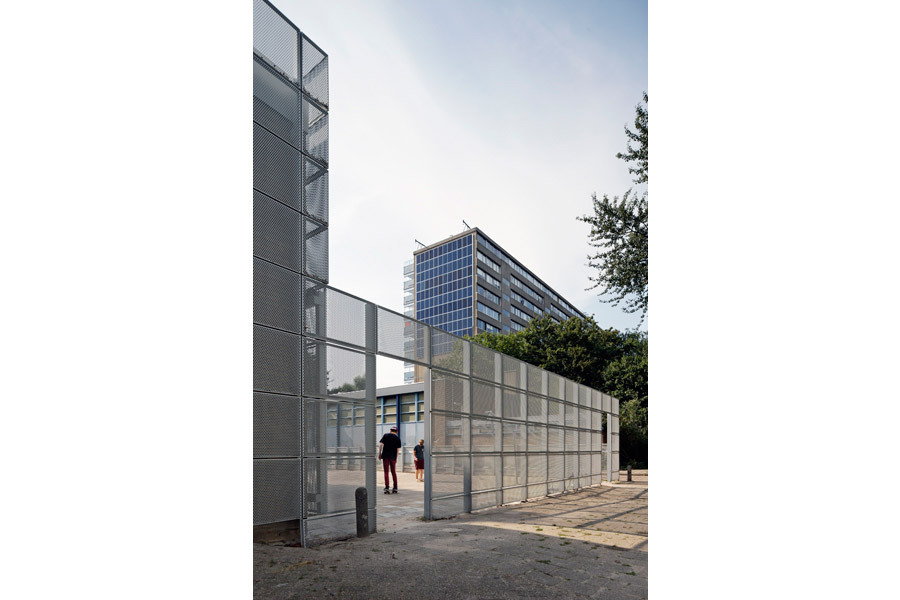 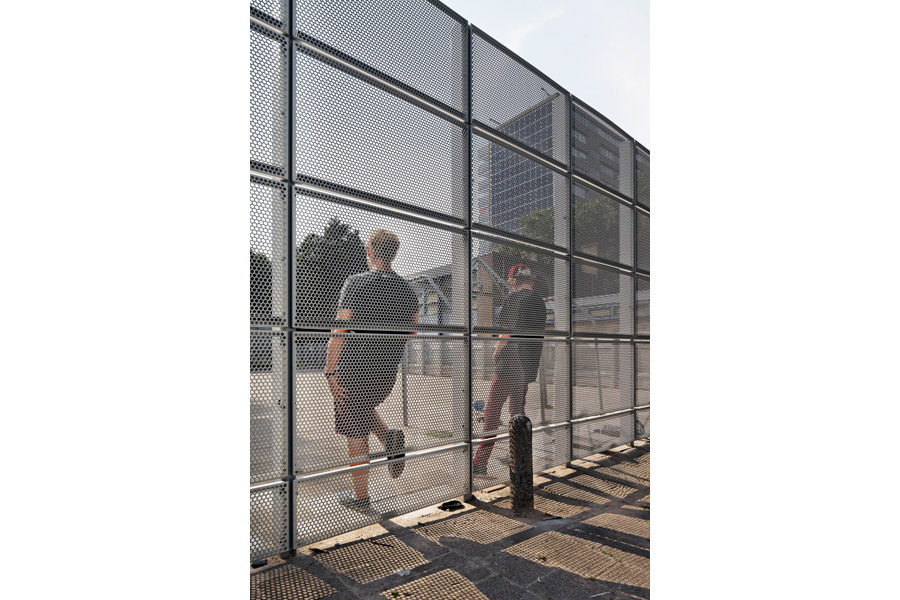 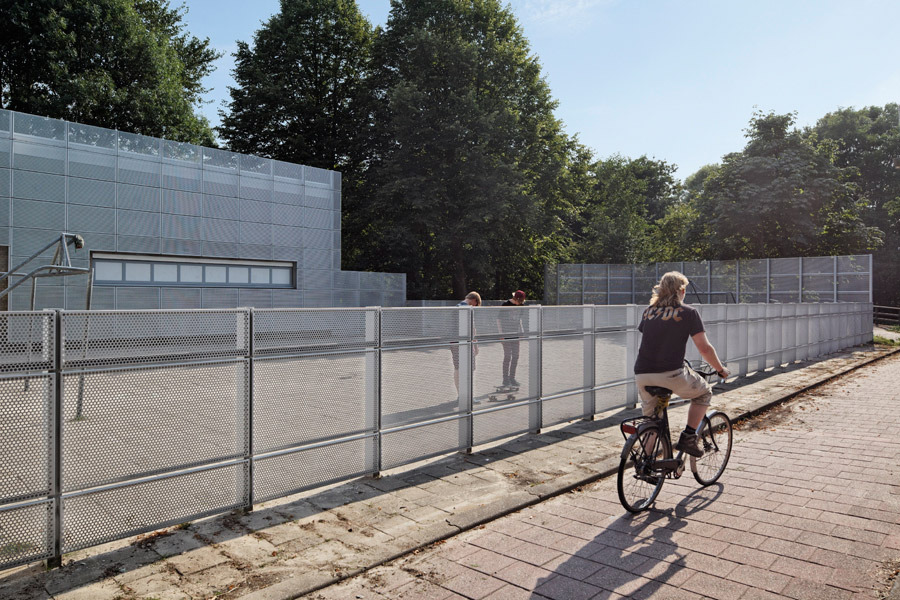 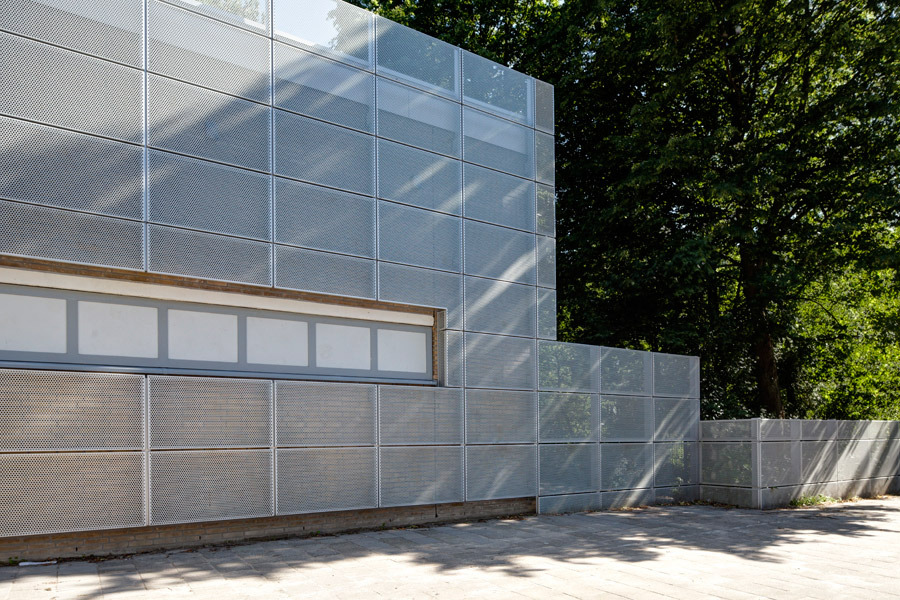 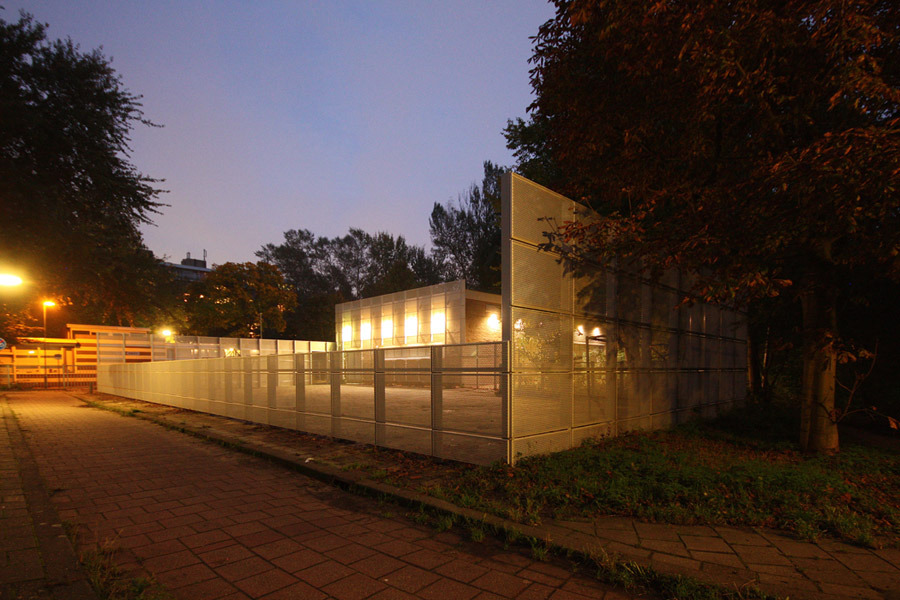 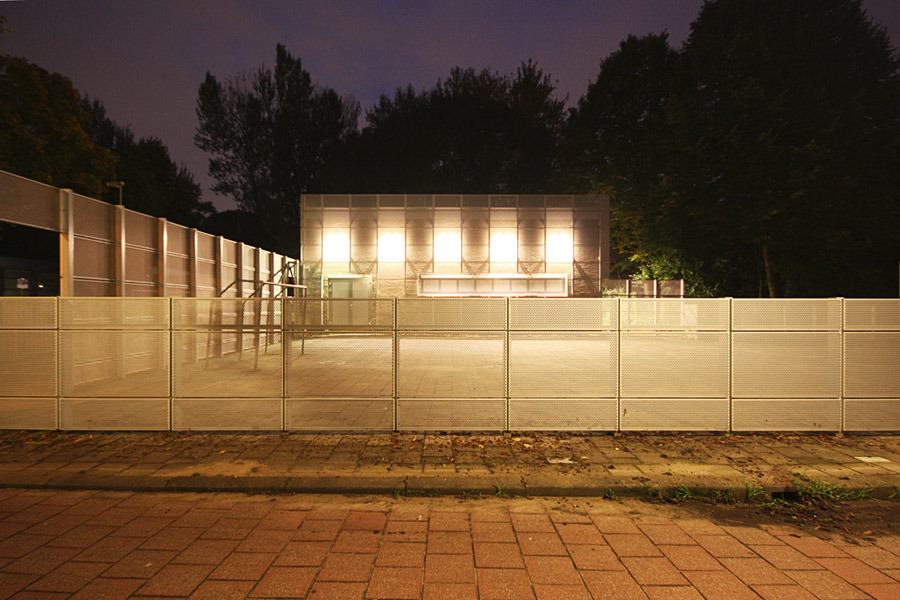 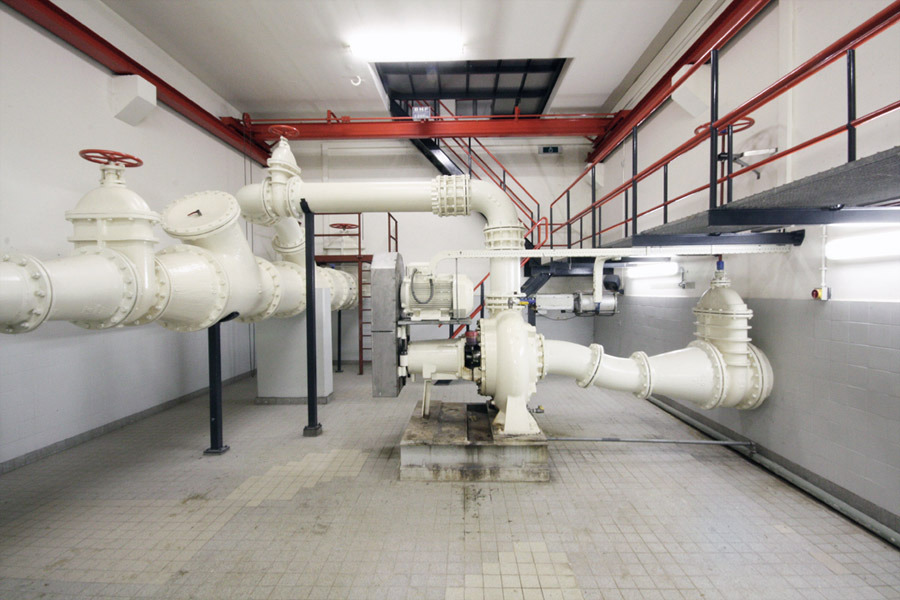